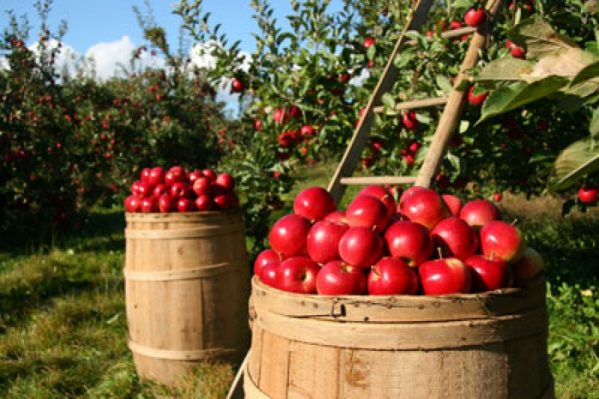 You may already know this but cider is a big deal to us. Our goal in opening the largest all hard-cider tap house in CO is to open people’s tastebuds and minds to the deliciousness and uniqueness that is craft cider. What we have learned through this love affair is there is more to it than what touches the tongue.  And we want to share it’s interesting story with you.

In this first installation of a two part series, we introduce you to history behind cider and why some say cider while others say hard-cider (or why I used both in just the opening paragraph).

We’re giving you a sample of the information, a taster if you will, that comes from a series of lectures we offer free to the public throughout the year called the In-Cider Series with our Head Cidermaker and Co-Founder Dan Daugherty.

Let us dive in.

What is the difference between Cider and Hard-Cider?

Cider, for our purposes, refers to fermented apple or pear juice. Fermented pear juice is also called Perry. It can be a confusing term in the US because colloquially it can refer to either unfiltered apple juice or its fermented alcoholic relative. This is starting to sound like a family holiday dinner.

Hard-cider is a term for alcoholic fermented apple juice solely used in the US. When you order a cider in other places around the world, especially in the UK or France, you receive an alcoholic apple drink. If you ask for a hard-cider they may look at you funny. The use of hard-cider is a vestige of our Prohibition days and US tax laws.

Apples have a long and colorful history, evolving alongside our long and colorful history. They make an appearance in innumerable ways throughout our thousands of years of human expression through art and language. You see apples in folk stories, biblical parables and mythological references. Even pivotal scientific discovery legends (remember Newton?) relied on apples. Archeologists found apples depicted in Paleolithic cave paintings from 8000 to 3500 B.C.E. And in 6500 B.C.E. remains of apples were found in human settlements.

The apple descended from Kazakhstan origins and made its way west on the Silk Road. Apples require a temperate climate meaning it will not fruit without enough cold winter days. There are thousands of varieties that exist but industry has pruned that down to only a few dozen now.

Cider in the US

As for us on this side of the pond, cider was the drink of choice among early settlers and still remained popular throughout 18th c. Poor water quality in the 1600 and 1700s is cited as one reason why cider was so ubiquitous. The first apple variety to arrive in the New World was M. Domestica (the domesticated apple) carried by European colonists in the 1600s. In 1775, one out of ten farms in New England operated a cider mill. Then poor quality, adulterated cider and Prohibition started cider’s sad decline.

US Prohibitionists burned many apple orchards to the ground, essentially erasing cider from the American consciousness until recently. Apple juice was “rebranded” to be called cider when it was formerly called sweet cider. And there was born our current confusion.

Apple orchards are more complicated and take years to produce a harvest. Hops, barley and other beer grains are easier and quicker to grow and consequently accelerated the beer industry after Prohibition. The poor cider industry did not really have a chance.Luckily, time heals and in today’s society, cider is having its come back. While it is still very small compared to the beer market, it is growing fast with some reports quoting a 15% growth rate.

How to tax it?

A little known fact about cider which could be very handy for your next trivia night: Cider is considered a wine under US Tax Law and has more complex regulations and definitions than beer. Under 7% ABV, cider has a special lower, excise tax. At or above 7% ABV, cider is taxed as table wine which is 4x higher. And above certain CO2 limits, cider is considered champagne and taxed 3x as much as table wine.

In the next installation we will touch on the basic cidermaking process, varioius cidermaking approaches, go over tasting principles and which kind of apples are best for making cider.

A Discussion on Diversity- Cider, Education, and The Future